Prior to moving to northeast Ohio in 2014, Craig was superintendent at San Francisco Maritime National Historical Park.  He also worked at Golden Gate National Recreation Area, first as Chief of Cultural Resources and then as Deputy Superintendent.  Craig’s partner Oscar, a native San Franciscan, works and resides in the City by the Bay.

Before his time in San Francisco, Craig worked in the Midwest Regional Office, Omaha, as the Regional Chief of Cultural Resources (1997-2005), and Regional Historical Architect (1992-1997).  He is part of a large Iowa farm family and has lived in Denver, Omaha, and San Francisco; he now resides in Lakewood, Ohio. 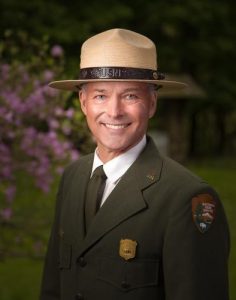