As Chief Executive Officer of Cleveland Metroparks, Brian Zimmerman is responsible for the management of over 23,600 acres of green space including 18 park reservations, eight golf courses, and nationally acclaimed Zoo.

Under Brian’s leadership, the Park District continued the highest rate of land acquisition under any Cleveland Metroparks leader in the park’s 102-year history aside from founder William Stinchcomb. Since Brian assumed the role of CEO in 2010, the Park District has acquired more than 2,400 acres for preservation and conservation. The park growth also includes the acquisition and transformation of nearly 750 acres of lakefront beaches and property into safe, clean and beautiful attractions for the community helping to revitalize Cleveland’s urban core.

He has improved partnerships with local and federal governments as well as community stakeholders and under his leadership the Park District has secured more than $150 million in external grants and donations. The awards include the $8 million federal TIGER grant, the largest federal award to Cleveland Metroparks, that is connecting critical gaps in Cleveland’s transportation network and improving access to underserved communities.

Brian has worked to expand park access to all communities through strategic acquisitions and new trails including more than 12.6 miles of paved trails and 26 miles of natural surface trails that add to Cleveland Metroparks now more than 300 miles of trails across Northeast Ohio.

In 2018 Brian was recognized as  “2018 Community Leader of the Year”. Follow this link to a Cleveland Magazine article about his award.

His efforts have been recognized nationally through several agency awards including the 2016 National Gold Medal Award for Excellence in Park Management by National Recreation and Park Association (NRPA), the highest national honor in parks and recreation.

In addition to his role with Cleveland Metroparks, Zimmerman serves on several boards including Destination Cleveland, Cleveland Neighborhood Progress, Flats Forward, and Northeast Ohio Sustainability Community Consortium. Brian has been recognized as the 2018 National Association of County Park and Recreation Officials (NACPRO) Professional Fellow Award, Crain’s Cleveland Business 2017 CEO of the Year, a finalist for Ernst & Young Entrepreneur of the Year, Smart Business Smart 50 Honoree & Impact Award, 2016 “Professional of the Year” by the Ohio Parks and Recreation Association. He has also been recognized for five consecutive years as a member of Northeast Ohio’s “Power 100” among most influential CEOs, politicians and civic leaders.

Zimmerman, a graduate of the University of Wisconsin-Madison, assumed the role of CEO in 2010, making him the sixth head of Cleveland Metroparks in its 100-year history. He previously served as Chief of Operations for the Milwaukee County Parks, Recreation and Culture department.

Zimmerman enjoys golf, traveling, especially to see Big 10 college football games, and spending time with his family, including wife Jill, son Carter and their Weimaraner, Eli, at their home in Strongsville. He is also an avid sports fan and enjoys hiking and boating. 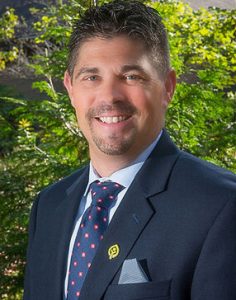